Something woke me up.

Know Your Lions
You know the rules. Today's topic is the one Sean Lee. 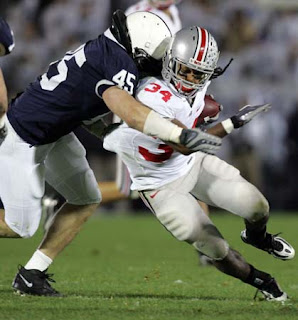 Note to OSU Fans: This is a solo tackle. These are important to LBs. Much more important than being the last person in on a gang tackle.

We all know Sean as the leader of LBU. Here is what you don't know*:

There ya go. Know Sean. Love Sean. Now sit back and enjoy the havoc he hath wrought.

*cause I fabricated it.

Posted by drozz at 3:15 PM No comments: Links to this post