If you haven't read BSD's review of the history between Syracuse and PSU, please do so (click nyaw and nyaw). I'll wait....

Truly inspiring. Syracuse really needs to attain competancy in football again. The spite born in the Harding administration must be rekindled. I cannot think of a more approprate team that we could consider to be our "rival". I would drop kick a nun just for an oppurtunity to be at the 1955 game. The Lenny Moore-Jim Brown dual must be on constant loop on cable in heaven.

And there would be more here, but the computer just ate the rest of my post. 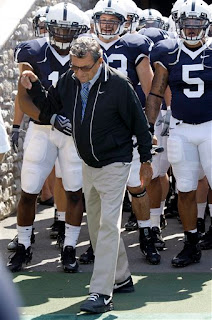 Well, I was going to watch the game which was supposedly DVR'd, but the TV listings provided by Verizon are inaccurate at best. What I got was the Iowa game. So this recap is based on misdirection and Guinness-soaked memories from a Juno Beach bar. And being a Philly fan, it's only pertinent I begin with the negatives*.

The body has a weird way of dealing with pain. One example of the brain's gating mechanism when confronted with severe pain is displayed in the House episode "Detox". House performs necessary masochism to erase the physical side effects of Vicodin withdrawal. He does this by taking a pestle and smashing it directly into his fingers, breaking them. Thus, House's brain only registered the pain coming from his hand, and not the soul-eating sensations of withdrawal. Crude, yes, but then again, it worked, didn't it? I laughed. Now come back to last Saturday's game.

PSU was supposed to have a bunch of glaring deficiencies. I saw a few of note; the kicker was inconsistent, both TEs were poor in blocking, etc. All of these can be worked on and corrected over the next scrimmage or two. Enter the pain analogy.

Nothing seemed more out of place then the running game. There were numerous occasions where the OL was whiffing on assignments, guards were late in pulling, and so forth. And that's not to place all blame on the men with no necks; Royster was making too many moves behind the LOS, and Green just couldn't get his timing down. I understand that new OLs take time to gel, but at times the unit just looked incompetent. The line looked more than adequate in pass protection, which I always presumed to be the tougher of the two options.

Akron had one of the worst rushing defenses in all D-I last year, and I highly doubt they get their shit together in the ten months or so from their last game. In their first game of the year. On the road. Against Penn State. Alarms are going off here.

So yeah, I care not about the little problems. It's that significant pain the rushing game that has my immediate attention.

Then again, it's just the first game; how much do we really know about a team after one game? I probably am overreacting, and we all know how House feels about this. 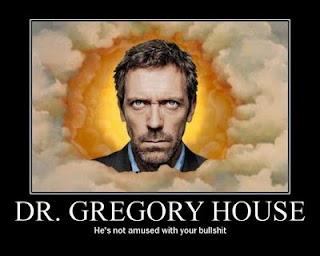 So yeah, game balls go to:

Posted by drozz at 6:22 PM No comments: Links to this post