Four more days until football life begins anew for every PSU fan out there. Four more days until we can shake off the tailgating cobwebs, and truly enjoy a mild Saturday in the cow pastures. These are days full of grilling, cornhole, drinks with friends at 8 AM, and screaming "WE ARE" until your lungs turn inside-out. That is, until one looks at our first matchup. Peep this: 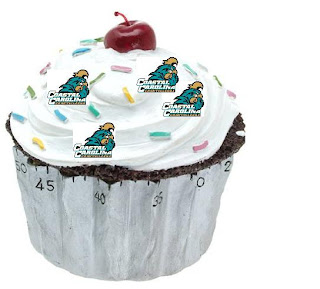 This will be the first PSU football opener I have missed in some time. Why? I refuse to spend my hard-earned money on tickets, hotels, and provisions just to watch this crap. "The Chanticleers"? Really? I cannot believe that with around 54 non-BCS schools in D-1, that the best we could get to kick off the year was a second tier DII(yes, I know they changed the designation. I don't care.) team. These guys have been around for a whole 6 years.

And why would I bother attending? I can give you a pretty accurate forecast of what will occur:

Don't get me wrong; I will be watching via the BTN. It's been about 8 months since the Lions last took the field, and I am jonesing for some football. I will cheer when they show Joe leading the boys onto the field. I will hold my breath for the text message informing me the results of the drum major's flip attempt. I will overflow with nostalgia when I see the lion. And I know others at home will be just as afflicted with the pain of not being there.

It's just a shame that I will have to switch over to another channel during commercials to watch a quality game. Ultimately, the most depressing aspect of this matchup is that people will fill the stadium, regardless of opponent, giving those with power statistical leverage to maintain their scheduling joke.

Did I say 4 days? I meant there is a scrimmage this weekend, and in 11 days, we get to see what PSU can do against a decent OOC opponent. That's when the real football begins.

And of course, I blame Jim Delaney. He would do well running Disney.

Labels: cupcake, psu vs. coastal carolina, this is not football