Most other blogs are giving detailed analysis of the Zips right now. You will not get that here. Instead, please read the following:

A few years ago, I went deep-sea fishing off the shores of Juno Beach. It was addicting. Like jamming-your-head-in-a-bag-full-baldness-curing-crack addicting.

Sometimes one snags a leviathan. The rod bows to the ocean, one is jerked toward the rail. The reel squeals its alarm, and the fight is on. It can take seemingly eons of back breaking reeling, releasing, and reeling again just to bring the fish near the boat. The arms cramp, the hands are screaming just to let go. In the fit of all this mayhem, one still needs to concentrate.

It's almost euphoric the feeling of finally gaffing and landing a real fighter. When the fish is in the deck cooler, and one finally has straightened out one's digits, the world just seems lighter.

Sometimes the fish gets away. It can be due to the incompetence of others, random luck, lack of experience, or being just straight beat by a superior being. And when any of this happens, it can be a bit of a letdown. Still, there is always hope for redemption; grab some bait, re-rig the line, and cast again.

Even if I don't catch anything worth keeping, it is still just satisfying to get out there and fight with the sea creatures. Afterwords, at the Square Grouper, everyone feels like a winner. The feeling increased after every round of drinks consumed.

In some ways, the same can be said for college football.

We all know its inherent addictive powers. Regardless of who PSU plays, I think we can all agree that at the beginning of the season, we are just happy to be here. As the season starts, we all have dreams of PSU football destroying OSU at home, TCOB in Ann Arbor, or even a major bowl victory against a traditional BCS powerhouse. We pray there will be no game which ends in "the one that got away" due to our own incompetence, said random luck, or being just plain outplayed. Every week, the anticipation of The Game leads up to relative milliseconds of sheer havoc, terror, bliss, and hopefully triumph.

At the end of the day, we all end up at the Grouper. And while we're at it, we may even have a tale or two to spin about how we won against that trophy fish.

And it's now within our grasp. It's 6 AM on Saturday. We've got our gear. We've got sandwiches, beer, and are walking down the dock. Our tickets are punched, our spots on deck are assured, and I spy calm seas. Now lower that fucking gangplank and let us aboard.

So this is PSU's first game of the year. It's not a bad choice given the cupcake pool. The best comparison I can draw between Akron and fishing is the Atlantic Bonito:

Usually the first animal to strike my line in the morning. They hit hard, and tendencies include running aimlessly all over creation. Also, they can be relatively difficult to land in the beginning. Usually they quit fighting after about 5-10 minutes. Hopefully, just like Akron.

They are an impressive fish to look at. However, it's oily, dark meat is unpalatable (the Cubans love'em though). Upon looking at the last sentence, it appears there might be some non-hetero racism there. Nope, this paragraph is not part of the analogy. Nothing to see here. Move along.

Uses include carving up for bait, and for tourists seeking a sense of accomplishment.

Still, they are fun to catch and promptly smack over the head with a paddle. and I'm sure the football players agree.

Realistically, I am just looking at this game to see how apparent our team shortcomings are. This includes:

As you can see, my concerns really lie within the defense. Which is weird, being that THIS IS LBU. Still, graduation, transfers, and injuries IMO have greatly depleted the defense.

Really, I just want to see competency on both sides of the ball, and no injuries. 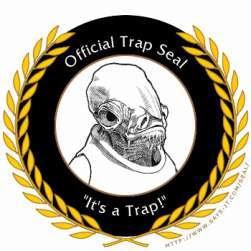 This one's a no-brainer: Nevada vs (23) Notre Dame. Reasons:

No, really, this week's award is presented just based on my spiteful and inane bias. Hell, nobody really knows how teams are shaping up until 5 weeks or so into the schedule anyway.

A tip of the cap this week goes to TOSU, and their plans to give the Navy Midshipmen a standing O when they enter the 'shoe. Class exemplified (unlike my ND rant above). Rutgers, take notes.